Dr Brave Girl and the Extraordinary Hooping Loop is a live Brave Girl performance first performed in October 2019 at a party (at my home) to celebrate our Doctorate. Soundtrack here. 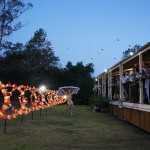 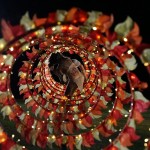 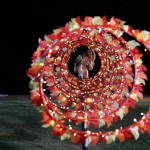 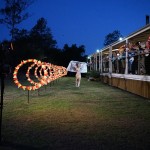 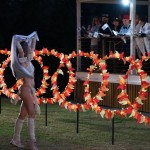 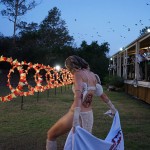 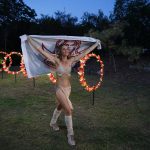 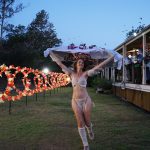 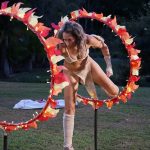 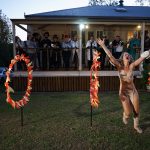 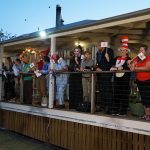 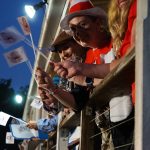 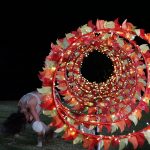 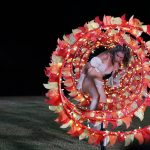 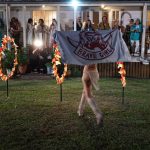 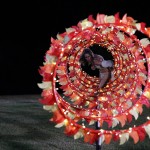 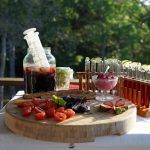 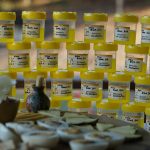 Dr Brave Girl and the Extraordinary Hooping Loop was re-performed (with slight variations) at The Condensery, Toogoolawah on 29 October 2022.

About the work. Brave Girl emerged in my practice in 2017 as a consequence of a study of contemporary feminine bravery (beginning in 2015), which became the focus of my PhD research (2016-2019). Dr Brave Girl and the Extraordinary Hooping Loop continues my exploration of what I have theorised as the Feminine Bravery Construct.

To jump through hoops means to perform many boring, difficult, or meaningless tasks or hurdles in the pursuit of a goal. It is a common corporate analogy. In Dr Brave Girl and the extraordinary Hooping Loop the structure that enforces the hoop-jumping is the hegemonic patriarchy. Popular feminisms have convinced women that liberation within the existing system is possible, we just need keep working at it—to jump through these few additional hoops—even tricky ones that are on fire! But that’s okay because we are tough, we are strong, we can do it. Interestingly, women know these hoops are unnecessary. They also know that certain people don’t need to jump through them, but they continue to do it over and over. Because ultimately, they are made to believe the system will change if they keep chipping away at it.

What popular feminisms do not acknowledge however, is that the system is hegemonic, and it will only change so much to accommodate new rules, but ultimately will morph into a different version of the very same power structure. This is why Brave Girl is trapped in a loop of fiery hoops. The analogy to a wind-up musical circus carousel, that keeps coming back on night after night, is because this is what we do—we keep on, and keep on, despite the structural issues keeping us in our place. This is the neoliberal feminist mantra, and a position that Brave Girl ironically yet blatantly occupies.

What happens in the work specifically? Brave Girl jumps through 12 ‘fiery’ hoops, 12 times, with a 12 second break in between each run; for a period of approximately 22 minutes. The performance begins at dusk and ends as night falls, which makes it feel like it goes on for longer than it does. It contains all the qualities of a spectacle: a half naked woman; booming, inspirational music accompanied by a perky announcer; enthusiastic flag-waving; excited fans etc. And, to begin with, it is a spectacle. But by the time Brave Girl comes out for the third time, responding to a predetermined set of steps, not really connecting with the audience, it starts to get tedious and a bit squirmy. The constant repetition begins to feel more like a stilted performance of bravery rather than the type of spectacularised bravery we are used to seeing play-out in public and online. What remains is a deliberately flaccid looping circus-theme-park spectacle … Dr Brave Girl and the extraordinary Hooping Loop.